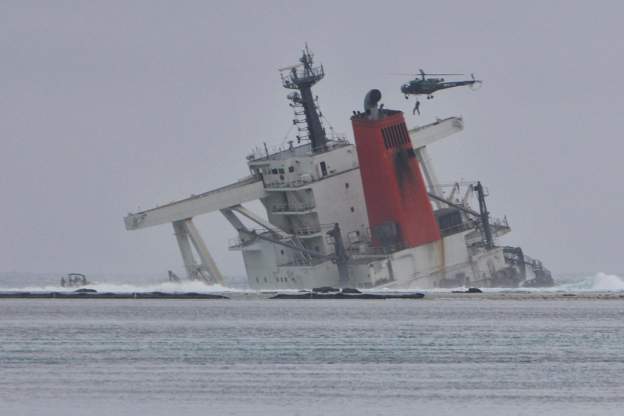 [size=15]The dismantling of the 7,500-tonne stern of the Japanese vessel that caused a huge oil
spill in Mauritius in July is under way, with plans to recycle its parts.

The Japanese bulk carrier ran aground on the reefs of Pointe-d'Esny on 25 July 2020 carrying
nearly 4,000 tonnes of oil and causing an ecological disaster.

It later broke into two and the bow was scuttled while the stern remained on the coral reefs.

It is estimated that the dismantling of the wreck of the MV Wakashio will take between 25
and 30 days.

Three tugs and a Chinese barge have been deployed for the operation.

Trucks have been mobilised to transport the parts of the ship that will be cut up and sent
for recycling.

After the bow was sunk in high seas, at least 17 dead dolphins were found on the coast off
the Indian Ocean nation.

if it works, don't touch it

The loss of the vessel and its freight is a real economic disaster. Go play at the casino and don't pollute the forum.

It's not because you go faster then me that you'll go further than me. A Cab never stops until it dies.
sherlock